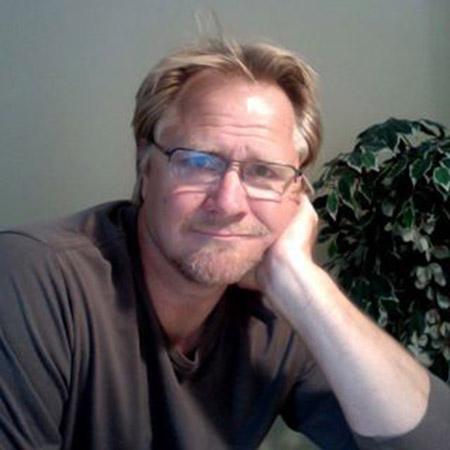 Keith Newton is an award winning artist with years of experience in fine art and illustration. He has worked with many high-end clients from Warner Brothers to Disney. His work can be seen in films like Pocahontas and Mulan. Newton painted sculptures for the Animal Kingdom theme park and designed conceptual paintings for the Tampa Bay Science Center. He also did conceptual art for the United States Navy and currently freelances providing art for children’s books.

Keith has been providing zoetifex Studios with concept art for developments such as First at the Tomb, David and Goliath: Crushing the Serpent and Point Pleasant. Currently, he is working with Michael Kadrie to put together a Graphic Novel version of Point Pleasant.

He has two lovely daughters and a Australian Shepherd named Flash.

Some Screen Credits Include:

"Mulan" (Walt Disney Pictures)
Conceptual Design Artist. Mulan has been nominated for multiple awards including an Oscar, Golden Globe and ALMA. It was the winner of such awards as the Annie and ASCAP Awards.

“The Lion King: Video Game” (Nintendo Games)
A video game based on the Award Winning Disney Film The Lion King, developed by Nintendo Games in Argentina. Critically acclaimed by users with a 7.7 out of 10 rating.