An Alternative to the Ice Bucket Challenge 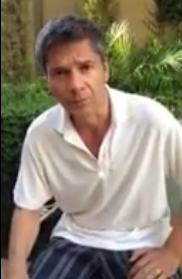 In November of 2013, I was introduced to Russell Wolfe by a good friend of mine Buzz Gardner. Buzz connected us because zoetifex was looking to partner with people with the same endeavors that we had when it came to making Inspiritive Films. Russell is the founder of Pure Flix which has produced some great movies, including the hit movie God’s Not Dead.

Russell and I (as well as others at Pure Flix) had begun to discuss their interest in getting involved in an animated project and started talking about working together towards that effort. A few months went by and I hadn’t heard from Russell only to have him resurface to explain that he was dealing with a medical issue at the time, but he was OK and back at work.

We had already decided that we were moving forward with our Christmas Special and we offered Pure Flix the opportunity to get involved, but it just wasn’t the right fit for them at the time. We decided to pick our talks back up on possibly collaborating on a project once we finished our fundraising efforts for the Christmas Special.

Since then, God’s Not Dead was released in theaters around the globe and it was a huge success and more proof that people desire to see these types of films when they are done right. Their efforts were truly blessed.

Recently, I received my copy of God’s Not Dead on both Blu-Ray and as a digital download from iTunes (wanted to support the cause in any way I could) and I saw Russell in the Behind the Scenes footage and was just about to reach out to him to mention that and congratulate him on the release of the DVD and wish him the best success on that release - and then I saw a video he posted on Facebook.

Many of you are aware of the Ice Bucket Challenge to bring awareness to ALS (Amyotrophic Lateral Sclerosis - also known as Lou Gehrig’s Disease). I first thought that Russell was posting his Challenge like many others, but his was a different message. Russell was reminding people that, in the movie God’s Not Dead, he played a doctor who had to deliver the news that a female reporter (one of the main characters in the movie) had cancer. Well, shortly after the movie was made, Russell received the word that he had ALS (this was obviously the time he said he was dealing with a medical issue).

This news hit me pretty hard. I was almost as floored by his news as I was by the news of Robin Williams’ passing. I had not even had the pleasure of meeting Russell in person yet I felt close enough to be affected by this news. But God brings people together for a reason. I’m now thinking that the reason that Russell and I met was not necessarily to work together on an animated project, but maybe so I can help bring awareness to ALS in my own way - by spreading Russell’s message to as many people as I can.

It’s one thing to say you are supporting the efforts to cure ALS and I’m sure some don’t know anyone affected by the disease and yet still want to donate - that’s great! I’m also sure some people are doing it because it’s trendy and hip to get creative with their Ice Bucket Dumps. But I would never question anyone’s motives because I don’t know what’s in their hearts or heads. Some have taken it too far as I have seen stunts go wrong and people getting injured. Still, if you are on the Internet, you probably know about the Ice Bucket Challenge. And even though this challenge has brought in millions of dollars for the research, how much more awareness are you bringing to cure the cause? Maybe it’s time for a different kind of challenge.

That’s why I will be re-posting Russell’s video from time to time calling friend’s and colleagues out to Share Russell’s video, donate to Southwest Center for Chronic Disease (the institute providing Russell with his ALS Treatments) or The John Paul II Medical Research Institute, pray the Lord’s Prayer 5 times, proclaim what Russell does in the video (that God’s Not Dead and He is good all the time) and challenge 3-4 of your connections to do the same. I’m praying that my efforts are blessed and Russell’s video is shared with many more people than I personally have connections with. And even if you are not personally challenged by someone, I’m calling on anyone reading this to do the same. May the challenge of sharing Russell’s video continue to bring awareness and donations to cure ALS. This is what I feel called to do. So be ready to accept the challenge yourself and help make a difference.

God’s Not Dead and He is good all the time!