Children are Worth It 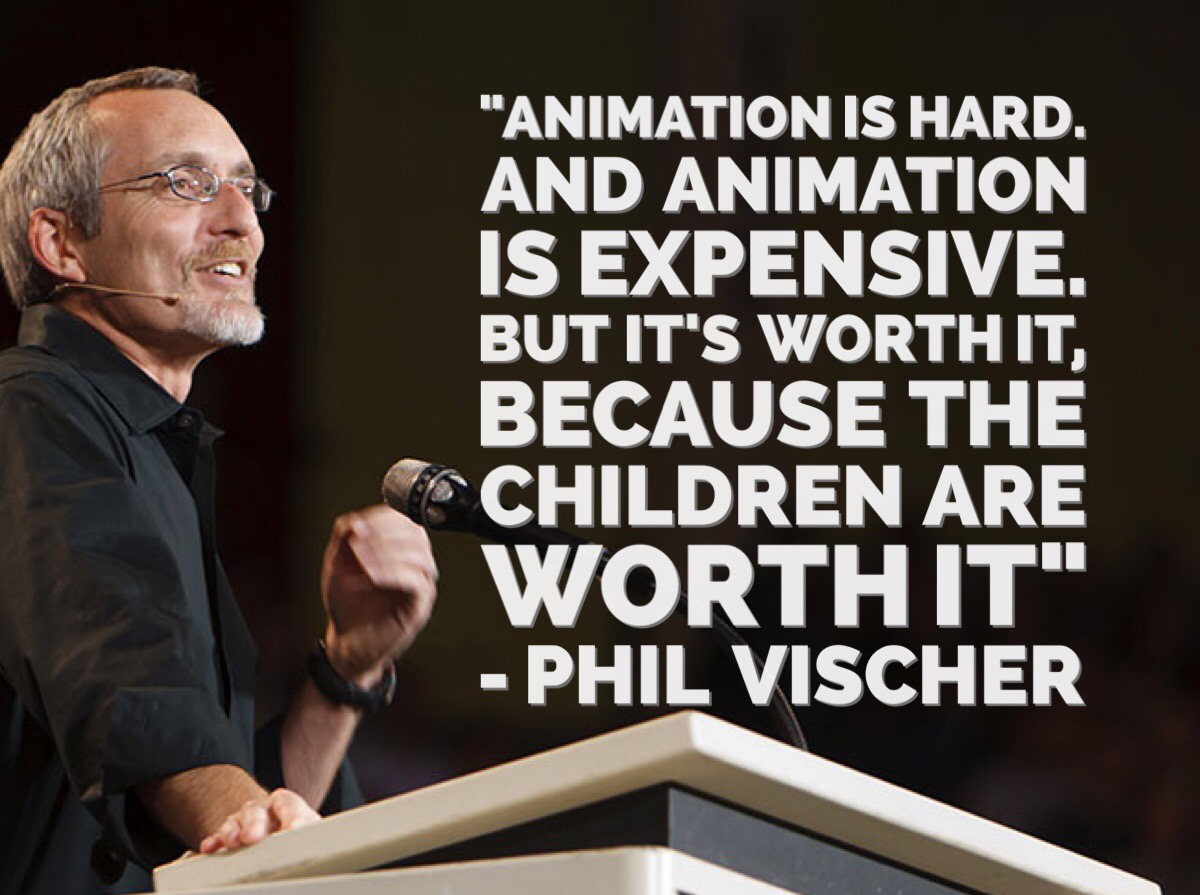 Kids are the future. What good does it do to make "feel good" Christian Films if the kids are getting forgotten along the way? They will be adults too someday so if there is to be a future of successful Christian Films, we need to pay attention to the children and give them something worthwhile to watch. If they continue to fill their heads with junk, by the time they are adults, they will have no interest in Christian Films.

I went to the NRB Conference, Proclaim 16 in Nashville, TN this week, and we did a lot of Proclaiming. Mainly of what zoetifex Studios is doing and how we are going about trying to finally get off the ground. And we talked about The Chronicles of Christ being one of those avenues. But mainly we talked about the need for someone to create high-quality animation (like Pixar, Dreamworks, BlueSky, etc...) for faith-based films. But on the last day of the Conference, Phil Vischer (co-founder of Veggie Tales) spoke to the crowd, it was like I was standing on the stage, preaching to the Christian filmmakers of the world.

He started commending the community for creating such wonderful films as God's not Dead, War Room and Risen. But, he reminded us that, there has not been a single faith-based animated feature film since Jonah in 2002. That's a 14 year drought people! Why are we neglecting the kids? Phil said "The chuch has no future other than children." He pleaded with the filmmakers in the room saying "Come on guys, let's pony up some money and make some good films for them."

The primary focus for zoetifex Studios is to create films and projects with a positive, uplifting message. Not just for the kids, but for everyone to enjoy. But it HAS to benefit the kids or it means nothing. We are tired of Hollywood feeding our kids "junk content". The fact that we have found very few investors who feel as though we are worth taking the risk on is systemic to the absent-mindedness towards creating inspiring content for children. The content that comes out for kids is either too simplistic, too agenda driven, too advance and overall poor quality. Phil knocked it out of the park when he said "Animation is hard. And animation is expensive, but it's worth it because the children are worth it." BAM! The children ARE worth it. And if no investor steps up to the plate to agree with us, then we are just going to have to take matters into our own hands and that's exactly what we have started to do.

In the coming months, we will reveal how we plan on going into production to get some short animated films produced. We are hoping that, once we show how it should be done, that others will begin to believe in us. It would be nice if they got on board early, but I understand that is asking for a whole lot. So if they just come on board at all, I'll be fine with that. But if our method of fundraising pans out the way we are hoping - we may not need them. With a lot of prayers, let's hope that happens!