How's it going Zonuts? I know it's been over 2 years since my last blog post about Lacey's movie Life Screams. And no doubt, you may have thought that this project has died. Rest assured, it has not. Maybe I should have posted updates along the way, but in my opinion, anything short of "We are now in production" was not worth blogging about. I stand corrected. We have gotten many inquires in PMs about the movie as to when it's coming out and such that I felt I had to post an update (even if it's not the news you have all been waiting for).

As I said from the beginning, putting movies together takes time, and I am subject to the timeline that God sets and nothing else. Don't we all wish that God would do things on OUR time schedule LOL. There is a reason for His delay and some of that is beginning to be revealed. I won't go into too much detail other than to say, that certain things that can really benefit this movie (from a talent, production and messaging standpoint) are starting to come together. There are some very promising things in the works and what we are asking for is your prayers that we have the discernment to see where God is leading us, and who He's putting in front of us with this project. Everything that is building up looks very good and promising and we have had many conversations with people who can help make this happen. But timing is everything.

I love the relationship that Lacey, Josh and I have built over the years and I deeply value it. I have made a commitment to getting this film made and I don't care how long it takes, I'm going to get it done. Hopefully this message will give you encouragement to know that this movie will one day be made, and hopefully that day is drawing ever closer. We are coming up on 4 years since Lacey, Josh and I first met in January of 2019 to begin this journey. and I will make one more promise - it will be worth the wait! Thanks for hanging in there and for all of your prayers and support! 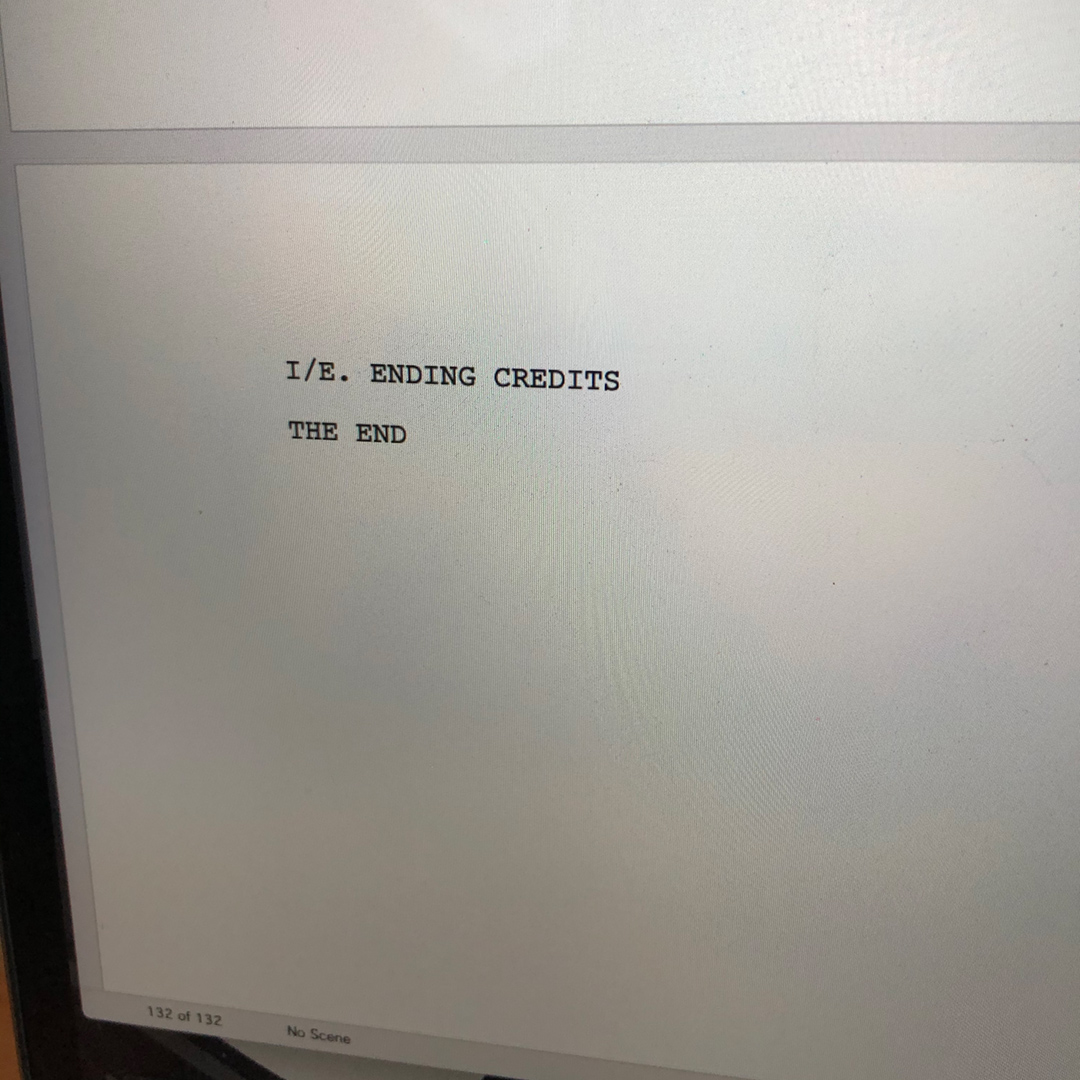 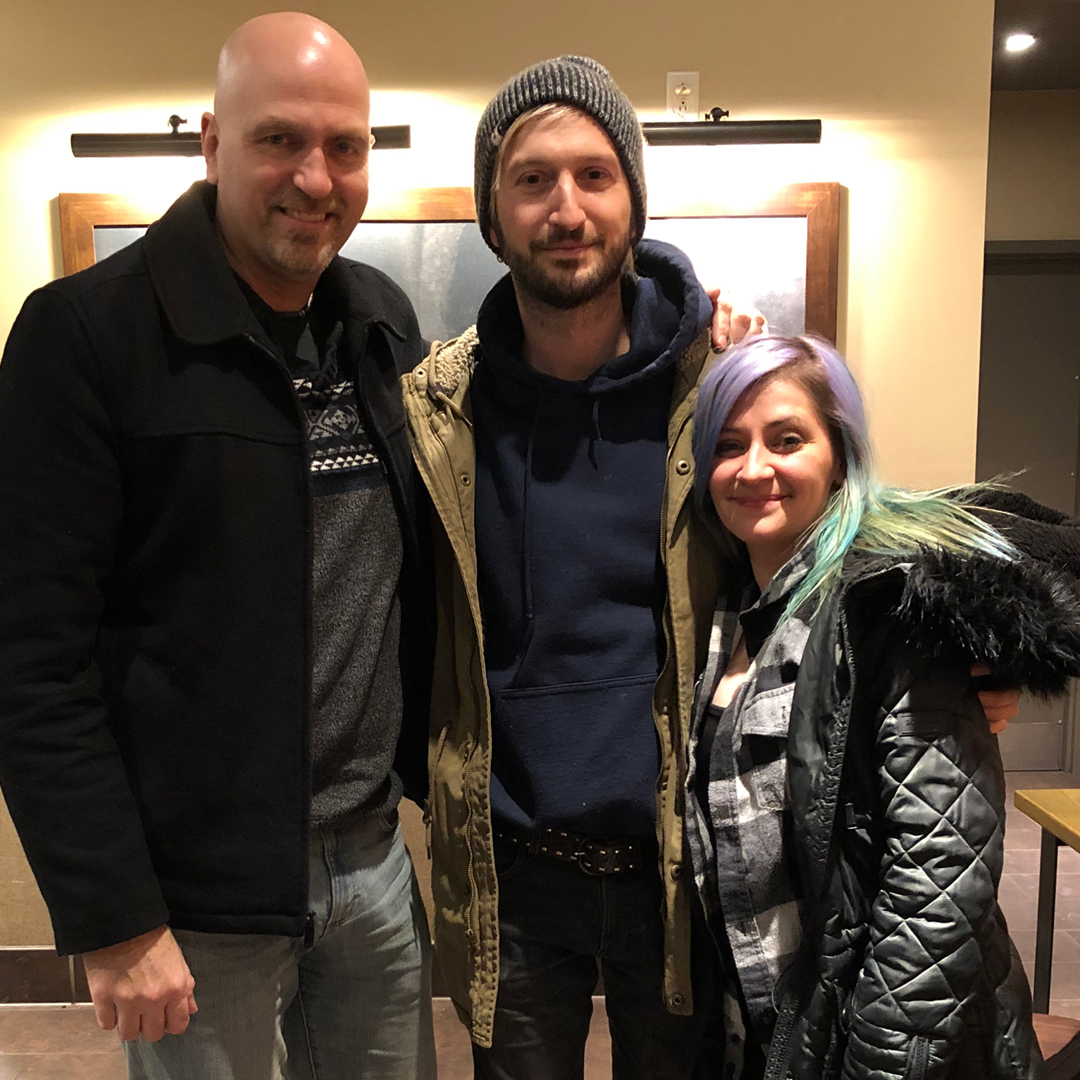 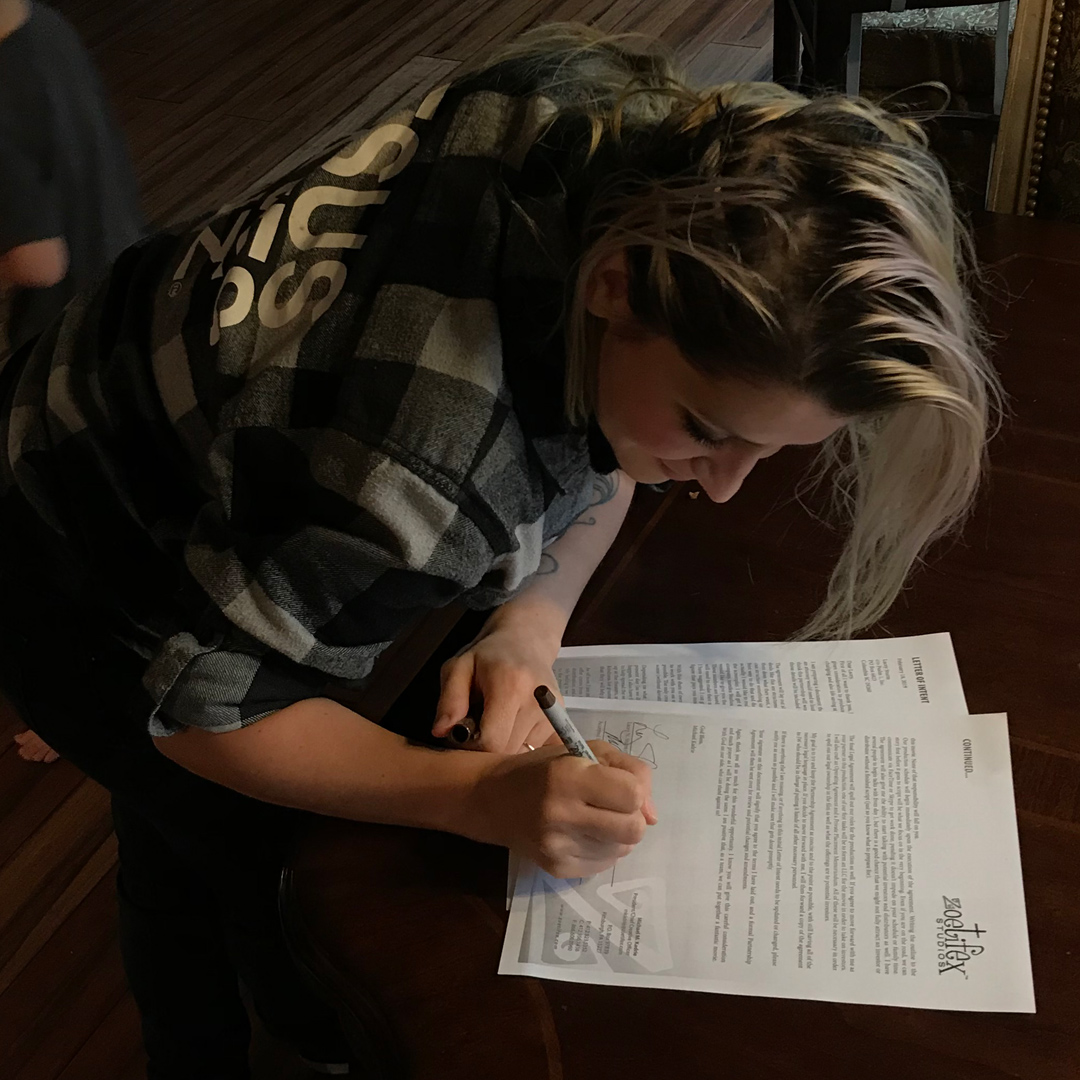 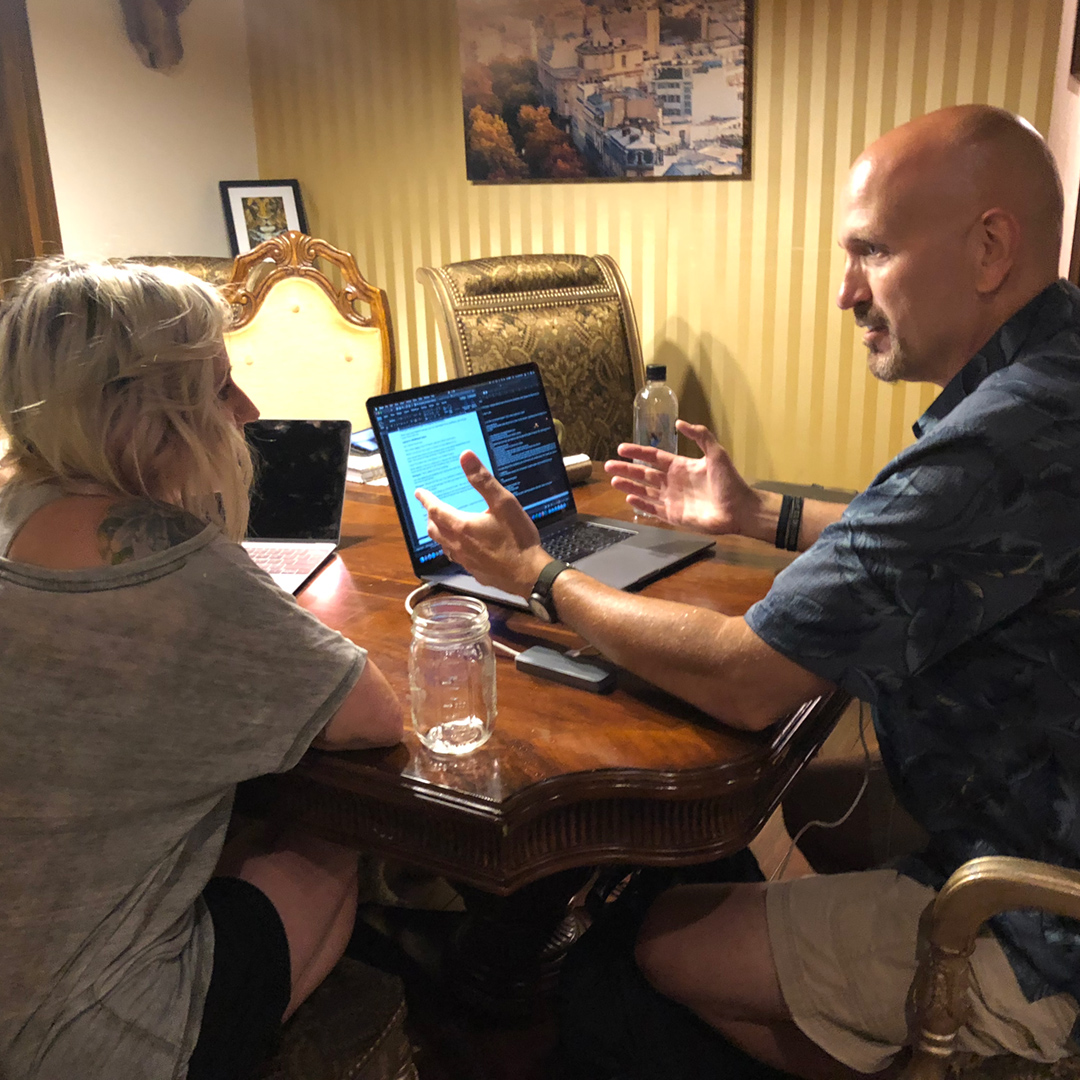 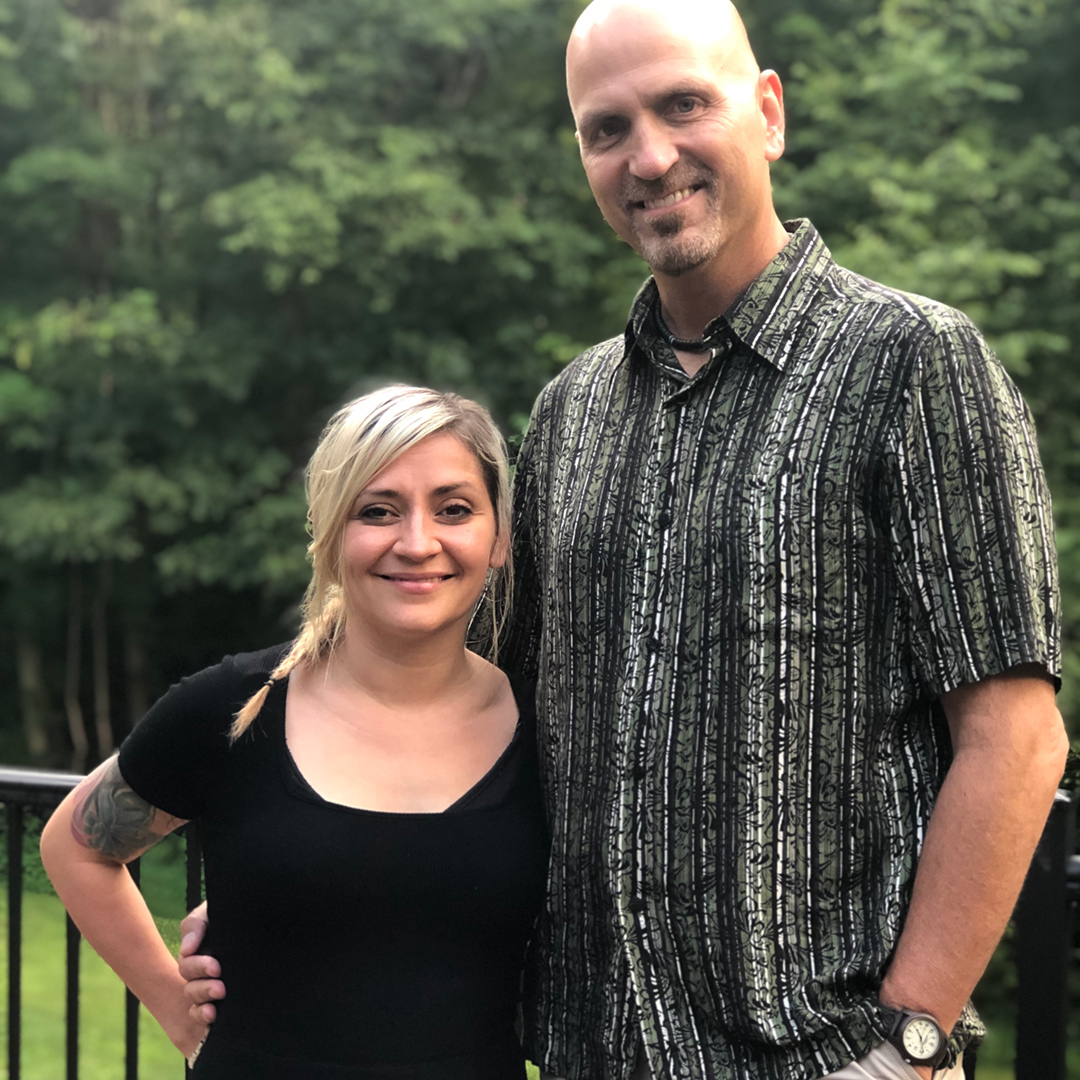 Hey, I know it’s been a while folks, but a lot of you have been inquiring wanting to know what’s going on with the Lacey Sturm story. First, let me say that I have not stopped working on writing. The last time I checked in on here I gave the announcement that the first draft was finished. It was actually more like version 1.5 as I had a bit of a re-start, but I digress. After that, Lacey and Josh have been focused on their Reflect Love Back ministry, and Lacey went out on a mini-tour. Throw in some other projects and home and family life and you can see how some time can pass by.

Last month, we wanted to get back together to start to regroup and focus on the story once again. So we gathered at a local Chick-fil-A (what, isn’t that where everyone goes to talk about writing screenplays for movies?) and started to go through the opening of the script. We actually made great progress but the Holidays were upon us, so we had to once again put things to the side to be with friends a family and celebrate the birth of our Lord and Savior.

After ringing in the New Year, we all wanted to get back on track to focus on getting the next version of the script finished. Since then we have gathered a few times and so far we have been very productive. We are already 1/3 of the way through the script and the changes that are being made are amazing. I’m really trying to make sure that Lacey’s voice is heard in this story and by going over what I originally wrote, that’s exactly what’s happening here. And so far, we are all pretty satisfied with what we have to this point.

Just so you know what to expect, once we get through this draft of the script, my job will be to comb through it a few more times to clean up dialogue and to make sure that every scene we have in the script is of value from Lacey’s point of view and from an entertainment point of view.

I’m also very excited because, along our journey, we’ve had a few prominent people express interest in getting involved with the project. I’m not going to drop names at this point - are you crazy? But I will say that it gives me a lot of confidence to believe that God definitely has His hands in all of this, and when this film is made, it will be successful and impactful. So please keep praying for us! Pray that God continues to open doors and bring the right people into the fold. People who can help in areas that we just don’t have the ability to do on our own. And that we keep Him in our sites at all times so we can be clearly guided on telling His story, which was given through Lacey.

That’s all for now. I’ll check back in with everyone when we wrap on this round.
Blessings to all!