Well, this past week was indeed a mile marker. Lacey, Josh and I have been working for 4 weeks on putting the story together and that phase is now complete. We even had some great discussions on where to start this story (from a feature film standpoint). You might think, "Well, why not start from the beginning?" That would seem like a logical choice. But what beginning? Ah, you see... I can easily get into talking more deeply about our ideas for the story, and believe me, I would love to talk about them. But if you knew everything in advance, where would the anticipation be? P.T. Barnum once said, "Always leave them wanting more." So if you read Lacey's book "The Reason: How I Discovered A Life Worth Living", then we can say that this movie will deliver that "more". How's that? But the beginning we have all agreed on is a great starting point and so far it feels like the right choice.

This past week saw us meeting via FaceTime again due scheduling conflicts. However, much progress was made. In fact, the script writing process has already started. So this is an exciting time indeed. Another good reason to not give away any secrets about the story is that, the script will go through many revisions even once it's done. Some tough decisions will have to be made to trim the script down to fit a feature film length story. And anything that is written now could easily get changed later on or even cut.

Many of you follow along with this production blog to get to know some of the inside scoop on the process of making a film. And we've had discussions about a few of the animated projects along the way. The process for writing live-action is pretty much the same as writing for animation. But I'm finding there is a clear difference when writing a biopic story. I've learned so much about the real events and the real people that when I go to write the script, I'm living in the moment. And this story is intense. It's actually pretty mentally draining to write because it's like I'm experiencing the events along with Lacey's family. I know it was much different in person (I'm not trying to equate the two), but having to write the events and dialogue makes me feel their emotions. And the way God reveals each scene to me, I can vividly see the action - and that, at times, can be exhausting. But writing this stuff is so satisfying that it's worth the effort. 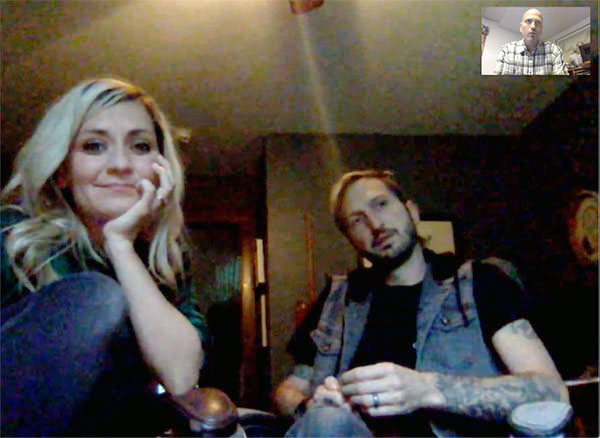 I'm in a real good writing zone right now so I hope to share great progress stories with you over the next few weeks. Please keep praying for us as this is a crucial time and it's so important to me that God continues to show me what each scene looks like and what the action and dialogue is. This is His movie as He is the one who gave this story to Lacey with her life. We just need to honor it and do it justice in hopes to inspire other people who will get to experience her beautiful transformation.